The Supervolcano of Sesia

In the heart of the Western Alps, in Sesia Valley and Valsessera, is the fossil of a supervolcano overturned that shows its roots. The discovery is due to Silvano Sinigoi and James Quick, two researchers from the Universities of Trieste and Dallas that for over thirty years, they study the geology of these valleys.

The story began about 300 million years ago, when on earth there was only one huge continent dotted with volcanoes. After about ten million of years of eruptions, in what would later be the Valsesia, came a catastrophe: a super-eruption collapsed volcanic caldera forming an area of at least 15 km in diameter, the supervolcano. Were hurled into the air more than 500 km3 pyroclastic material, hot clouds and ash, changing the landscape and affecting the climate. Then everything stopped.

About 100 million years ago, Africa broke away from South America starting his drift, then going to collide with Europe. Because of this push, about 30 millions years ago, originated the Alps and, in the area that includes the Valsesia, it created a withdrawal of the entire earth's crust, which he traces back its deepest parts, at the Line insubrica, showing the whole power system of fossilized supervolcano.

Through this process, we can now observe what was the earth's crust under the volcano, up to a depth of about 25 kilometers: you can see it along the Valsesia, from Balmuccia to the area of Gattinara. A unique situation in the world. 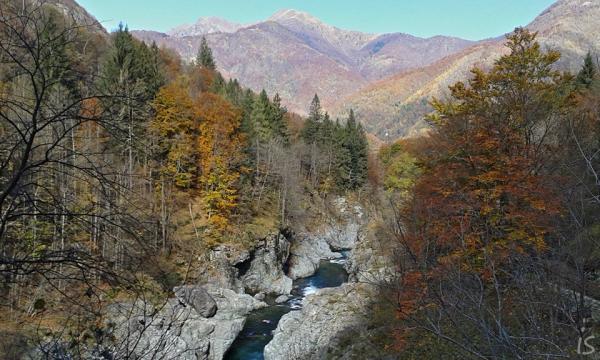