On the shores of Lake Orta is a dall'imperdibile charm town: Orta San Giulio, fronted by the beautiful island of San Giulio. The characteristic feature of Orta is given from Renaissance and Baroque art that characterizes its noble palaces and magnificent gardens. See the splendid residences of Villa Perone and Villa Crespi, as well as the Community's Palace, once the seat of the Council of the Riviera. The small Isola San Giulio, accessible by boat or motorboat, is dominated by a Romanesque basilica, the bishop's palace and the benedictine abbey.

Legend tells it that this island, that is no more than 400 meters from the shore of Orta, was once an inhabited rock by snakes and terrible monsters, until in 390 landed there San Giulio(Saint Julius): crossing the waters of the lake on his cloak and driven into the storm from his stick, the saint founded a church in which then chose to be buried, and transformed the island in the center of the whole region evangelization.

The visitor is greeted on the island by a short staircase leading to the picturesque romanesque basilica, the main attraction of the place. The tour continues through a little road that runs through the entire island; this is the "way of silence and meditation", charming blend of spirituality and architecture. Walking through the narrow streets of San Giulio we reach the nineteenth-century Bishop's Palace and the Benedictine Abbey Mater Ecclesiae: in this fashinating convent of women cloistered nuns, who live permanently on the island, spend their days devoted to prayer, study , the restoration of ancient and precious sacred vestments, the packaging of wafers and the preparation of the famous "bread of San Giulio."

The village of Orta San Giulio is the perfect place for romantics, and develops through a characteristic tangle of narrow cobbled streets, often lined with old stone walls on which appear triangular lintel portals: squares, very similar to Venetian squares are enlivened by the presence of craft shops, antique shops and meeting places animated.

It enjoys a beautiful view of Lake Orta the XV century Church of the Assumption, ideal setting for many weddings, whose granite staircase leads to Piazza Motta, the town's main square. The descent takes place between two rows of houses frescoed in the sixteenth century and lands on this square-living room where there is the sixteenth century Palazzo of the Community, from which branch laterally two ancient paths leading respectively to Moccarolo and Villa. The Moccarolo area, in the southern part of the village, is an elegant parade of villas and palaces all with small but lush gardens overlooking the lake. Villa area, however, offers a more rustic beauty, with noble old houses embellished with pretty wrought iron balconies, admirable along the narrow, charming street Olina.

Viewpoint of excellence, however, is the Sacro Monte di Orta, devotional complex built between the late sixteenth and early seventeenth, inserted in the Natural Special Reserve: the resort is accessible via a small path that starts from Piazza Motta.

The Orta medieval atmosphere is re-enacted each year in June by Cusiano Festival of Ancient Music, at which the eighteenth-century dwelling house Heel, on the San Giulio Island, hosts a series of concerts performed by internationally acclaimed musicians, play ancient instruments such as harps and cymbals.

A visit of Lake Orta is not complete without a visit:

Sanctuary of the Madonna del Sasso: one of the most spectacular sacred places of Lake Orta, built in the homonymous town on the large granite rock overlooking the lake below. From here the view is unbeatable: it dominates the whole lake and the mountains of the east coast, including the Mottarone.

Pella: Picturesque village that lies in the shadow of the dizzying granite wall that supports the Sanctuary of the Madonna del Sasso, here you can feel the magical atmosphere of the lake in a relaxed setting, away from the confusion, indulging the view of the island of San Giulio on background, on the other side, the village of Orta dominated by his Holy Mountain.

Legro: This small suburb since 1998 has become an interesting tourist destination thanks to the beautiful frescoes that color the city center. Free interpretations of the poet's works countryman Gianni Rodari and films shot on the shores of Lake Orta are the inspiring themes of "murals" that illuminate the walls of the houses of the village. 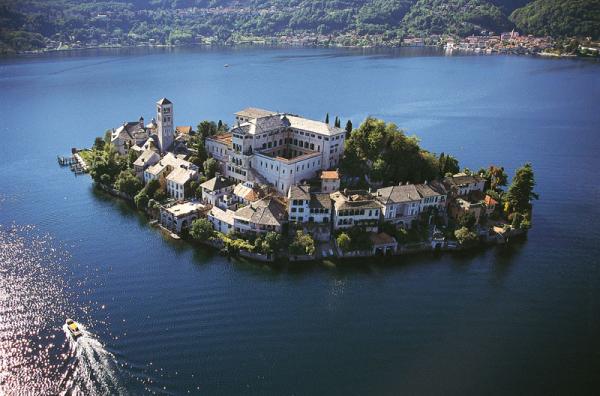 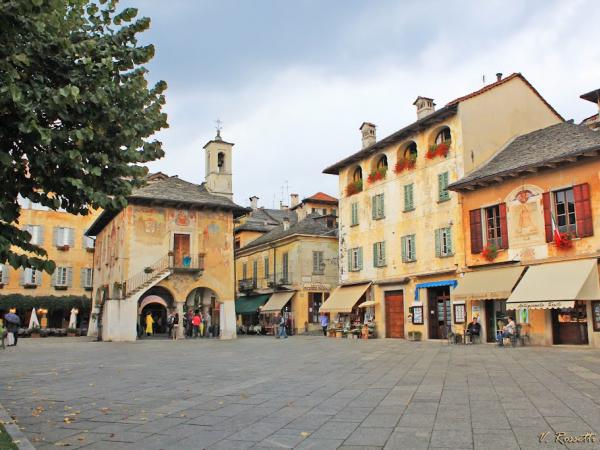 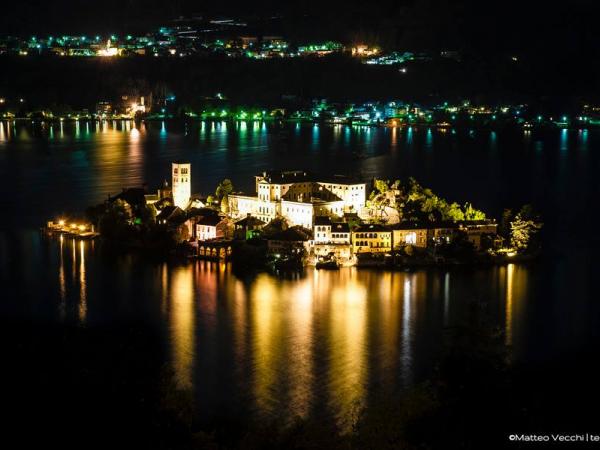 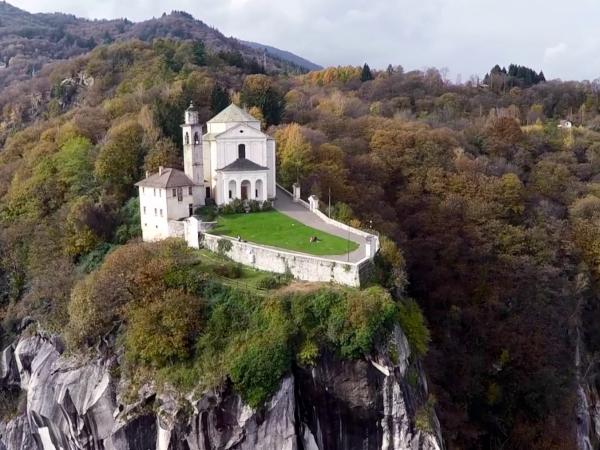 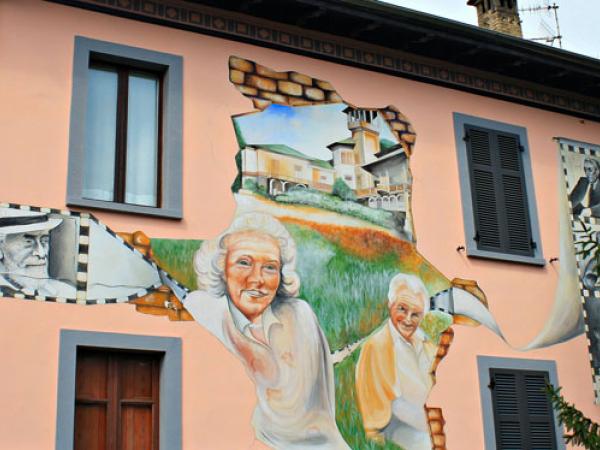