The main attraction of Lake Maggiore are the three seductive islands that rise from the waters of the bay between Stresa and Pallanza. These three are often called Borromean Islands, although strictly speaking, only two were owned Borromeo (Isola Madre and Isola Bella).

Each island is markedly different. The most celebrated is the Isola Bella (Beautiful Island) is just off Stresa, welcomes visitors that they reach it with its baroque palace and ceremonious terraced gardens, spectacular example of Italian garden which has colorful blooms throughout the year, rotating among the various species of flowers. The Isola Bella Garden is considered from many people to be the most beautiful Baroque garden in Europe. No less important is the beautiful mansion. Everything you will see during the visit is original and most of the rooms, furniture and pictures are of the same period. If the visitor is considered to linger outside the palace would lose the wonder of a seventeenth-century mansion with lots of interesting and a lot of history tied to a family of bankers who have been so important in the religious and civil life of our country.

Behind, off and near Pallanza, there is the widest of the three: l'Isola Madre (Mother Island), almost entirely occupied by a villa, less spectacular than its neighbor but whose gardens look very wildest of his more celebrated mate and inhabited by a numerous fauna of eastern birds. These two islands were bought by the Borromeo family in the sixteenth century. The garden is beautiful in all seasons, but especially in spring, when hundreds of flowers such as azaleas, rhododendrons, camellias, magnolias, wisteria, and others are in bloom. Wanderings in this garden full of surprises is an experience hard to forget. From all sides emerge white and colored peacocks, gold, silver pheasants, ducks, moorhens; in the aviaries there are several budgies. We are faced with unknown exotic plants, and dozens of other exotic plants and interesting will discover the origin and history. No less interesting is the visit of the Renaissance-style palace. It's a museum where inside there are antique furniture, paintings, most of Lombard painters of the' 600, very interesting is the puppet show with beautiful scenery.

A little further to the northwest over the Isola Bella check the slender Isola Superiore (Upper Island), also known as Isola Pescatori (Fishers Island), once the residence of fishermen and today still pleasant corner, with its narrow streets and old houses. Only one of the three islands to be inhabited permanently. It was a fishing village until about 50 years ago and with the advent of the economic "boom" turned into a tourist village where live about 50 inhabitants. Day is trampled by thousands of tourists, the evening returns to property of the islanders still live and where some fishermen live still today. The atmosphere of this small village is always the same. The church with a Romanesque part, told through its frescoes fifteenth how much importance had for the inhabitants in the past; the small cemetery, always ordered, remembers the islanders the effort of fishermen and their families; the school, where the island's children received their first instruction, the small alleys, and the middle road tell what significance had the space. On the island you will find many restaurants, pizzerias, bars, shops with many suggestions for those who want to bring back a souvenir from the island. The island fishermen is very attractive even in winter. This is the season when the island back to the islanders and to the few tourists.

Private and not open to the public is Isolino di san Giovanni (Little island of St. John), which rises to a handful of meters away in front of the shore of Pallanza (Verbania). His seventeenth century Palazzo Borromeo for many years has been the residence of the famous orchestra leader Arturo Toscanini.

The picturesque journey by boat from Stresa, with the Baroque Isola Bella terraces that rise from the water is a fantasy come to life. The view of the building from different angles while the boat rotates to approach the arcades and Isola pescatori windows is something delicious and unmissable. 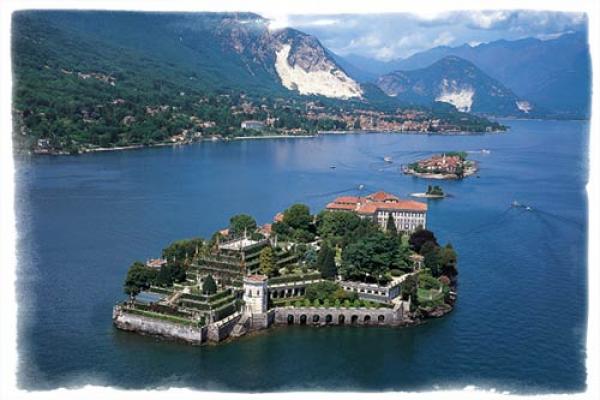 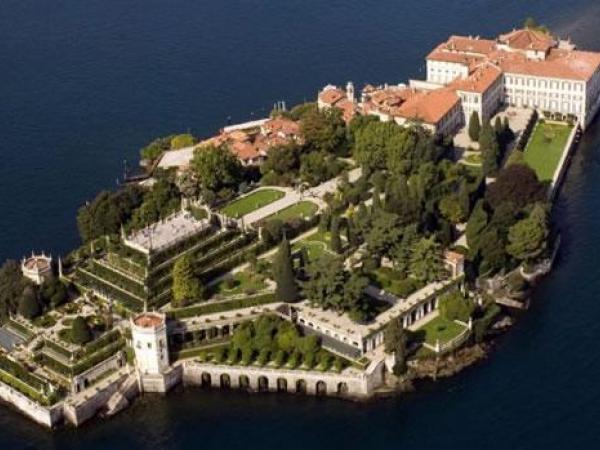 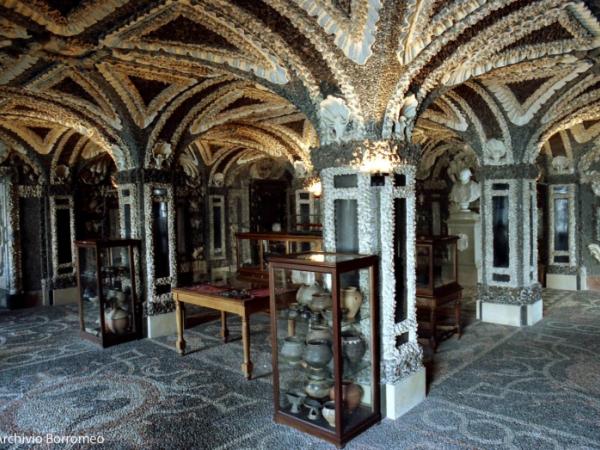 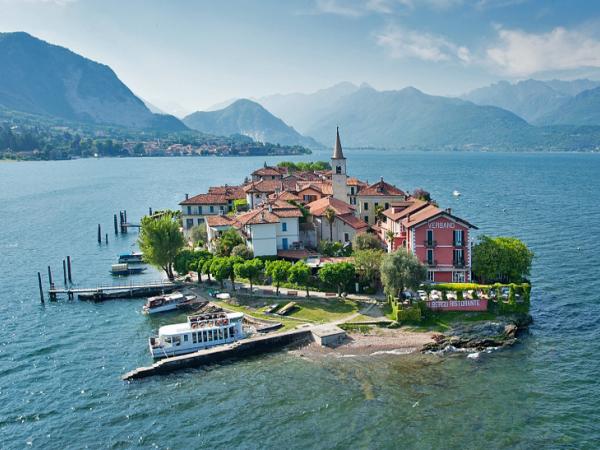 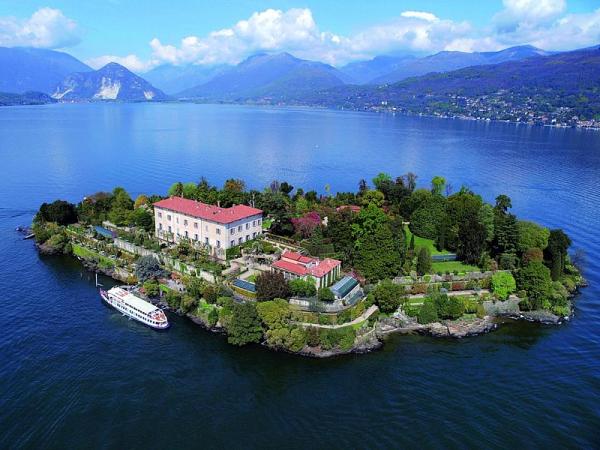